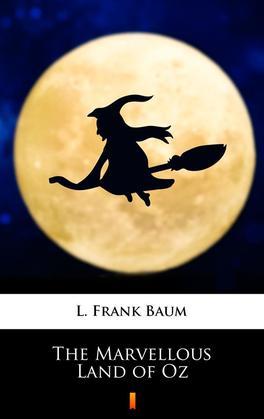 The Marvellous Land of Oz

The sequel to „The Wonderful Wizard of Oz”, set shortly after the events in the first book. A fantastical tale of endless imagination, „The Marvelous Land of Oz” follows the adventures of a young boy named Tip, who, for as long as he can remember has been under the guardianship of a witch named Mombi in the Land of Oz. When Tip’s prank, in creating a pumpkin-headed man to frighten Mombi backfires, and he is threatened with the terrible fate of being made into a statue as punishment, the young boy runs away and heads for the Emerald City, taking the now living Jack Pumpkinhead with him. Here he meets with our old friends the Scarecrow and Tin Woodman, as well as some new friends like the Wooden Sawhorse, the Highly Magnified Woggle-Bug, and the amazing Gump. They thwart the wicked plans of the evil witch Mombi and overcome the rebellion of General Jinjur and her army of young women. This story is as exciting and endearing today as it was when first published more than 80 years ago.