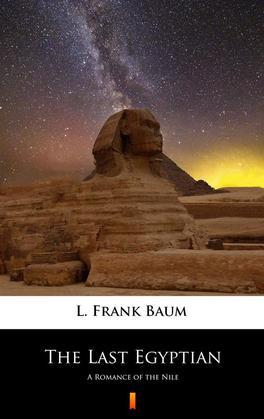 When Gerald Winston, an English Egyptologist travelling on the Nile, meets Kara, who claims to be the last descendant of a royal Egyptian family, the scientist’s curiosity is sparked by the story Kara tells. Is it true that Kara’s ancestor Ahtka-Ra, High Priest of ?men, ruled Rameses II as his puppet? As Winston tries to learn more about the strange Egyptian and his mysterious tale, he is drawn into Kara’s insidious intrigues. A complex tale of embezzlement, forgery, arranged marriages, bigotry and cheating keep the reader guessing the outcome until the last chapter. „The Last Egyptian: A Romance of the Nile” was the only adventure novel and the last adult work of fiction of L. Frank Baum, creator of the „Wizard of Oz”, published eleven years after he wrote „Mother Goose in Prose” which first introduced a little girl by the name of Dorothy. Enjoy this masterpiece.