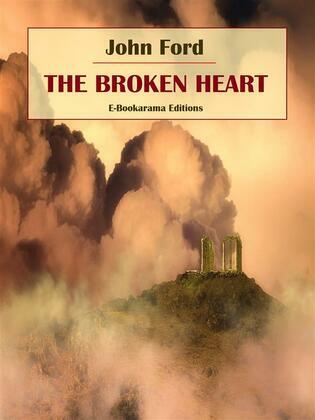 John Ford is known to have written numerous plays during the reigns of James I (1603-1625) and Charles I (1625-1649), although only eight have survived. Their somewhat morbid and violent character speaks in part to the growing social tensions in the years before the English Revolution of 1640, which would lead to the execution of Charles nine years later.

"The Broken Heart" (written between 1625 and 1633) is laid in ancient Greece and its complex narrative revolves around Amyclas, king of Sparta, his daughter Calantha and their royal court. Commentators suggest that the court of Charles I might more appropriately be considered the play’s real setting.

The action begins as Orgilus prepares to depart Sparta for Athens. He's leaving his home country because he can no longer stand to see Penthea, the woman to whom he was once betrothed, married to the abusive and jealous Bassanes. Orgilus also believes that once he has left, Bassanes' irrational behaviour, inspired by the fear that his wife will cheat on him, might abate, giving Penthea, who married her husband, not for love, but at the command of her ambitious brother Ithocles, a more tolerable existence.

Orgilus does not, however, leave Sparta, but merely disguises himself as a student of the philosopher Tecnicus, so that he can keep an eye not only on Penthea, but also his sister Euphrania. She falls in love with Ithocles' best friend, Prophilus, even as Ithcoles finds himself passionately fixated on Calantha, the daughter of the ailing Spartan King...