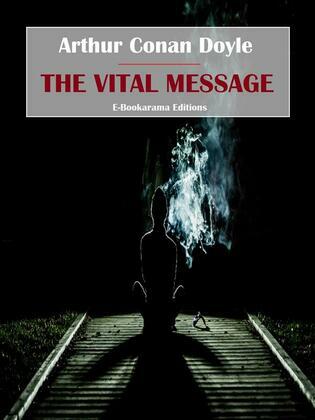 Sir Arthur Conan Doyle was one of Britain’s most celebrated writers, with his invention of the ultimate detective, Sherlock Holmes, completely altering the crime-fiction genre of the late 19th century. Of most importance to the man himself, however, was his belief in life after death and the spreading of the ‘vital message’.

Arthur Conan Doyle received his degree in medicine from the University of Edinburgh Medical School in 1881 and by this time had already began investigating Spiritualism and had began attending séances, a fact that rebuffs the more common idea that he found Spiritualism after his son Kingsley died in 1918. In fact, by that time, not only had he studied Spiritualism for almost 30 years, he had even declared the fact and spoken publicly about his beliefs.

After publication of his first book on the afterlife, "The New Revelation", Doyle followed it up in 1919 with "The Vital Message", a classic where he shares his thoughts on scepticism, religion, psychic phenomena, and Jesus. Doyle saw Jesus as highest of spiritual beings.