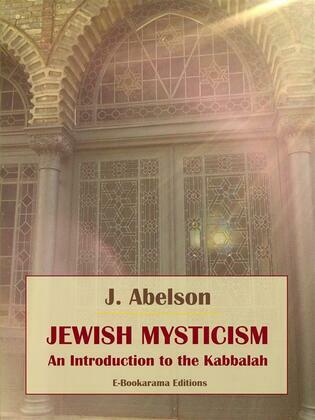 Dr. Joshua Abelson’s book is a concise classic on the salient features of Jewish mysticism and its impact on Jewish thought and worship. Based on researches of Jewish scholars, and reinforced by author’s acquaintance with Talmudic and rabbinical literature, the book covers Essenism, Merkabah mysticism, the book “Yetsirah,” “Zohar” mysticism, the ten Sefirot, the Soul, and more. Abelson puts the Kabbalah into context as the outgrowth of a long-term evolution of Jewish mystical thought, starting with the Essenes and the Merkabah (Chariot) mysticism of the Talmundic era. Abelson explains how neo-Platonism, Gnosticism, Christianity and other currents influenced and were in turn impacted by Jewish mysticism.