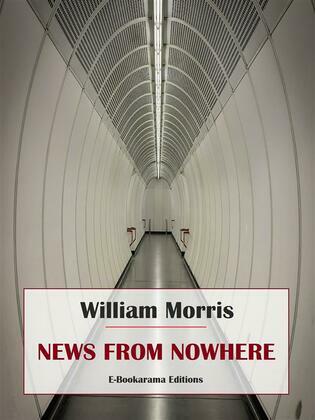 "News from Nowhere" is a prose work by William Morris, published serially in The Commonweal in 1890 and as a book later the same year.

Most of the work consists of a vision of England in the year 2090 presented as a dream of William Guest, a thin disguise for Morris himself. Poverty, misery, and the ugliness of factories have vanished, along with money, the legal system, and government itself; labour, art, and nature are ennobled. Those improvements prove to have been brought about by a violent socialist revolution.

"News from Nowhere" is the best-known novel of William Morris and the only significant English utopia to be written since Thomas More's.