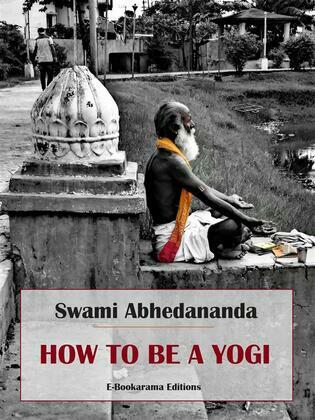 How to be a Yogi

"How to be a Yogi" is an essential treatise on the various forms of yoga, including Hatha, Raja, Karma, Bhakti, and Jnana; a road-map of the Yogic schools. The book also has chapters on the science of breathing, and the possibility that Christ was a Yogi.

Swami Abhedananda (2 October 1866 – 8 September 1939), born Kaliprasad Chandra was a direct disciple of the 19th century mystic Ramakrishna Paramahansa and the founder of Ramakrishna Vedanta Math. Swami Vivekananda sent him to the West to head the Vedanta Society of New York in 1897, and spread the message of Vedanta, a theme on which he authored several books through his life, and subsequently founded the Ramakrishna Vedanta Math, in Calcutta (now Kolkata) and Darjeeling. (Source: wikipedia.org)