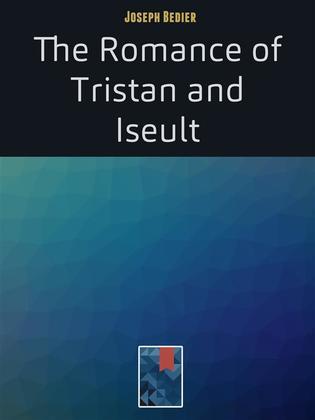 The Romance of Tristan and Iseult

My lords, if you would hear a high tale of love and of death, here is that of Tristan and Queen Iseult; how to their full joy, but to their sorrow also, they loved each other, and how at last they died of that love together upon one day; she by him and he by her.

Long ago, when Mark was King over Cornwall, Rivalen, King of Lyonesse, heard that Mark’s enemies waged war on him; so he crossed the sea to bring him aid; and so faithfully did he serve him with counsel and sword that Mark gave him his sister Blanchefleur, whom King Rivalen loved most marvellously.

He wedded her in Tintagel Minster, but hardly was she wed when the news came to him that his old enemy Duke Morgan had fallen on Lyonesse and was wasting town and field. Then Rivalen manned his ships in haste, and took Blanchefleur with him to his far land; but she was with child. He landed below his castle of Kanoël and gave the Queen in ward to his Marshal Rohalt, and after that set off to wage his war.

Blanchefleur waited for him continually, but he did not come home, till she learnt upon a day that Duke Morgan had killed him in foul ambush. She did not weep: she made no cry or lamentation, but her limbs failed her and grew weak, and her soul was filled with a strong desire to be rid of the flesh, and though Rohalt tried to soothe her she would not hear. Three days she awaited re-union with her lord, and on the fourth she brought forth a son; and taking him in her arms she said:

“Little son, I have longed a while to see you, and now I see you the fairest thing ever a woman bore. In sadness came I hither, in sadness did I bring forth, and in sadness has your first feast day gone. And as by sadness you came into the world, your name shall be called Tristan; that is the child of sadness.”