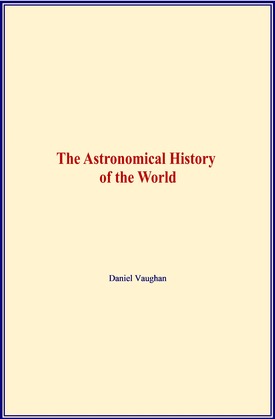 The Astronomical History of the World

The information which geologists derive from the evidences of organic remains does not wholly satisfy the keen appetite of educated minds for a knowledge of the mysteries of Nature and the revolutions of past times. The relics disentombed from our globe give no clew to its origin; and they throw but little light on the great physical events which transpired before life appeared on its surface. There are, however, reasonable hopes that the records which are wanting on this earth may be supplied from the heavens; and that some general cause, to which the numerous orbs of celestial space are indebted for their existence, may be revealed from the peculiar character of their movements, or from some of the mysterious phenomena which they occasionally exhibit. In associating his researches with those of the geologist, and in taking cognizance of the great events in the course of time, the astronomer may enhance the value of the inquiries which more commonly fall to his lot. A knowledge of the condition of the earth in past ages is calculated to give much insight into the state of similar orbs in remote space; and opinions of the habitability of other planets must be more valuable in proportion as geology and terrestrial physics show more definitely how our globe acquired and how long it can retain the conditions necessary for the maintenance of life.