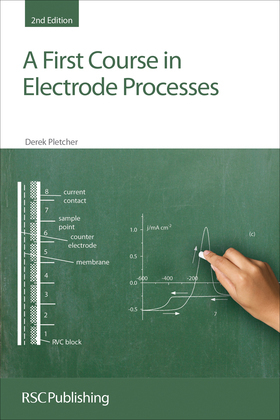 A First Course in Electrode Processes

by Derek Pletcher (Author)
Buy for $56.00 Excerpt
Nonfiction Science and technics Science Chemistry Analytic Education and study aids Higher and secondary
warning_amber
One or more licenses for this book have been acquired by your organisation details

This user friendly introduction highlights the importance of electrochemistry and its applications to the modern world and the future. In contrast to other texts currently available, it emphasises understanding and avoids using many pages of complex equations. It also describes the diverse applications of electrochemistry rather than focusing on analytical chemistry alone. Although the book follows a similar structure to the first edition, the earlier chapters have been extensively up-dated and the later chapters are entirely new. The text is supported by a large number of figures which illustrate key points. The book starts by describing the essential electrochemical techniques before moving on to cover experimental problems and applications. To reflect the present interest in fuel cells and the environment, these have become the focus of the final chapters. A useful appendix contains problems with fully worked answers to test the reader's understanding.