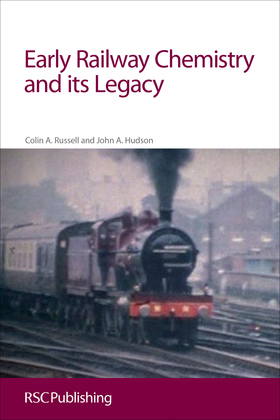 Early Railway Chemistry and its Legacy

by Colin A Russell (Author), John Hudson (Author)
Buy for $42.00 Excerpt
Nonfiction Science and technics Science Others History Chemistry Industrial & technical
warning_amber
One or more licenses for this book have been acquired by your organisation details

One of the most important parts of British heavy industry today is our railway system. Its constant appearances in news bulletins, its enormous appeal to fans or "enthusiasts", its permanent role in the lives of most of us, and its economic significance today, all underline its importance.  Railway historians and enthusiasts will be surprised to learn that chemists played an important part in the development of the railway industry in Britain. Chemists themselves are well aware of the many and wide-ranging applications of their discipline, but the fact that their predecessors were involved in the technological development of railways will come as a surprise to many. This book is the first detailed study of this important interaction and covers the crucial role that chemistry played in the development of the British railway industry from its beginnings in the early 19th century up to the grouping of the railways of 1923 into GWR, SR, LNER, and LMSR.

The book describes the vital relationship between chemistry and the railway industry, all very recently discovered. It shows that the railway system would simply have not been possible without chemical inputs, chiefly but by no means entirely analytical. This discovery about a huge revenue-earning industry in Britain came from rare documents recently unearthed and other archival material and the book contains many rare illustrations and vast amounts of previously unpublished material. For the historian, it is a classic case of where history of science and history of technology converge. A great many engineers contributed to the enormous technological development which occurred in the railway industry between 1830 and 1923, but working alongside the engineers were the chemists, and in certain critical areas their contribution to this development was vital. It is a contribution which up until now has not been adequately recognised, and this book puts the record straight.

The book has an unusually wide appeal, being of interest to practising chemists, those interested in the history of chemistry and its role in society, historians of science and technology, mechanical engineers, and not least railway enthusiasts and railway historians. The chemist will be justly proud of the extreme importance of the subject for industry and the railway enthusiast will gain a wholly new picture of the development of the industry in Britain.