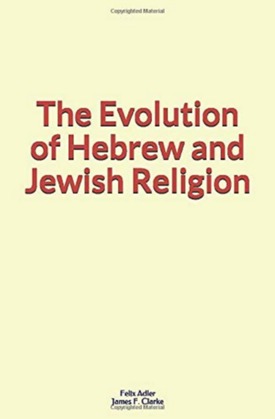 The Evolution of Hebrew and Jewish Religion

pThis book deals with the history and the evolution of Hebrew and Jewish religion. “We have been so accustomed to regard the Jewish religion as a part of our own, and so to look at it from within, that it is hard to take the historic position, and to look at it from without. But to compare it with other religions, and to see what it really is and is not, this is necessary. It becomes more difficult to assume the attitude of an impartial observer, because of the doctrine of verbal inspiration, so universally taught in the Protestant Church. From childhood we have looked on the Old Testament as inspired throughout, and all on the same level of absolute infallibility. There is no high, no low, no degrees of certitude or probability, where every word is assumed to be the very word of God. But those who still hold to the plenary inspiration of the Old Testament must consent, for our present purpose, to suspend their faith in this doctrine, and provisionally to look at the Old Testament with the same impartial though friendly scrutiny with which we have regarded the sacred books of other nations. Not a little will be gained for the Jewish Scriptures by this position. If they lose the authority which attaches to the Word of God, they will gain the interest which belongs to the utterance of man.” /p