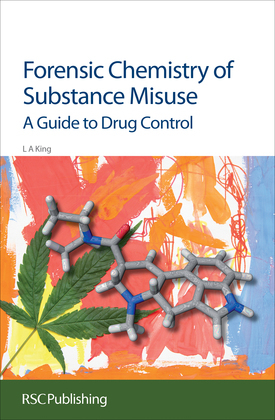 by Leslie A King (Author)
Buy for $70.00 Excerpt
Nonfiction Science and technics Science Education and study aids Higher and secondary Medical Forensic medicine
warning_amber
One or more licenses for this book have been acquired by your organisation details

This book builds on an earlier publication by the same author: The Misuse of Drugs Act: A Guide for Forensic Scientists. It provides a chemical background to the domestic and international legal controls on drugs of abuse and related substances and includes coverage of 'designer drugs' and generic/analogue controls from the UK, US and New Zealand perspectives. The content of the book has been fully updated and rearranged and the scope has been considerably expanded. More general chapters cover the recent history of the drug classification debate and a proposal for consolidating a wide range of legal controls on chemical substances. An account is provided of the Early Warning System on 'New Psychoactive Substances' in operation in the European Union. Technical and subsidiary material is placed in 20 Appendices, which list controlled substances and cover topics such as: precursor chemicals, related legislation, sentencing guidelines and detailed chemical/pharmacological profiles of the most commonly-abused drugs. There is a glossary and a bibliography, while extensive footnotes support the text and provide references to selected publications and Internet sources. The book contains a number of unique features, not found in any other single publication: * For the forensic scientist, the book contains a complete list of all drug substances controlled by UK and International law. It explains the chemical-structural definitions and the significance to the legislation of terms such as salt, base, stereoisomer, ester, ether, derivative, homologue and isotope * For the more general reader, there is an account of the history of domestic, European and International drugs control, the long debate about drug classification, the role of risk assessment and how the legal control of a wide range of harmful chemical substances might be consolidated * For the criminal lawyer, the book provides a useful adjunct to standard works on case and statute law This unique book has general appeal to anybody needing information on drugs of abuse including forensic scientists, researchers, teachers, criminal lawyers, customs officers, postgraduate and graduate students. It is of particular interest to those studying forensic science.