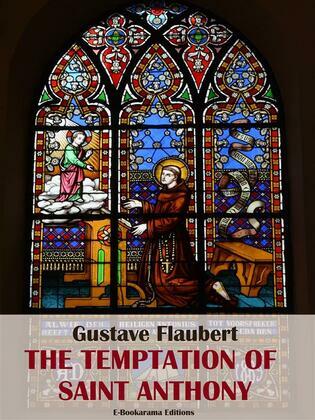 The Temptation of Saint Anthony

"The Temptation of Saint Anthony", novel by Gustave Flaubert published in 1874 as "La Tentation de Saint Antoine" was Flaubert’s lifelong work. The book deeply influenced the young Freud and was the inspiration for many artists.

Based on the story of the 4th-century Christian anchorite Saint Anthony who lived on an isolated mountaintop in the Egyptian desert, it reflects on his life, his decision to become a hermit, and the temptations of sexuality and sensuality he undergoes. Enfeebled from fasting and beset with sinful feelings and remorse, he experiences hallucinations in which he is drawn to gustatory and sensual excesses and in which he is tormented by philosophical doubt. But he emerges from his agony after he awakens and sees on the Sun the image of Christ’s face.