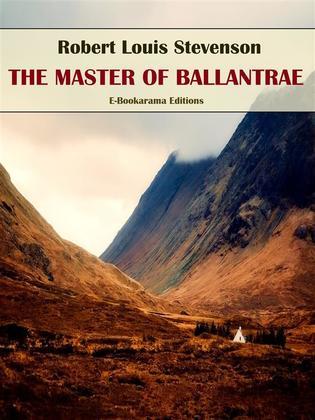 The Master of Ballantrae

This masterpiece provides another example of the moral ambiguity Stevenson had explored earlier in "Dr. Jekyll and Mr. Hyde". Ballantrae is bold and unscrupulous; his younger brother Henry is plodding, good-natured, and honest. While Ballantrae joins the fight to restore the Stuarts to the English throne during the 1745 rebellion, his brother stays behind as a supporter of King George. Ballantrae is believed dead but returns to find Henry in charge of the estate, married to Ballantrae’s love. The elder brother begins to persecute the younger, in Scotland and then America.

Like "Treasure Island" and "Kidnapped", "The Master of Ballantrae" is a gripping, fast-paced adventure story told in the first person, serious and foreboding and Gothic. It starts off in a gloomy old Scottish mansion and takes its protagonists, powerfully and vividly, to the immense forests of New World.