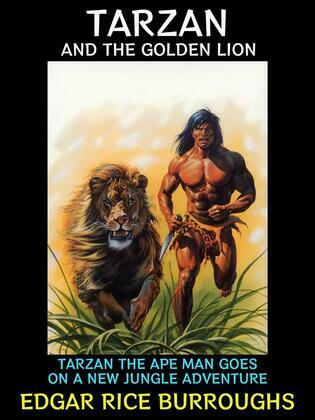 Tarzan and the Golden Lion

Tarzan's amazing ability to establish kinship with some of the most dangerous animals in the jungle serves him well in this exciting story of his adventures with the Golden Lion, Jad-bal-ja, when the great and lordly animal becomes his ally and protector. Tarzan learns from the High Priestess, La, of a country north of Opar which is held in dread by the Oparians. It is peopled by a strange race of gorilla-men with the intelligence of humans and the strength of gorillas. From time to time they attack Opar, carrying off prisoners for use as slaves in the jewel-studded Temple where they worship a great black-maned lion. Accompanied by the faithful Jad-bal-ja, Tarzan invades the dread country in an attempt to win freedom for the hundreds of people held in slavery there.