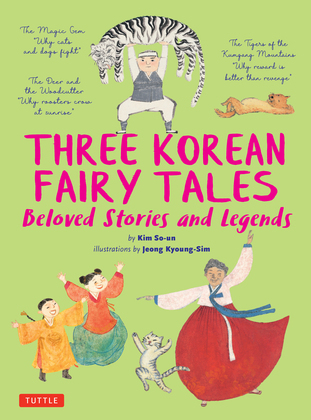 This multicultural children's book presents a selection of traditional Korean folk tales that are instantly recognizable to Koreans of all ages. These treasured tales are retold by Kim So-un, an eminent storyteller who is a household name in Korea. The illustrations combine modern and traditional Korean art elements and techniques in telling these classic stories.

In the Tuttle tradition of bringing beloved stories from other countries to new generations of readers, this book presents the following tales: