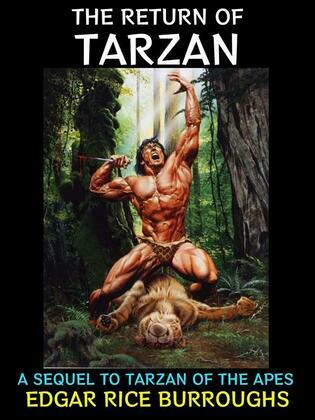 The Return of Tarzan

In the second in his series of books about the title character Tarzan. The novel picks up soon after where Tarzan of the Apes left off. The ape man, feeling rootless in the wake of his noble sacrifice of his prospects of wedding Jane Porter, leaves America for Europe to visit his friend Paul d'Arnot. On the ship he becomes embroiled in the affairs of Countess Olga de Coude, her husband, Count Raoul de Coude, and two shady characters attempting to prey on them, Nikolas Rokoff and his henchman Alexis Paulvitch. Rokoff, it turns out, is also the countess's brother. Tarzan thwarts the villains' scheme, making them his deadly enemies.