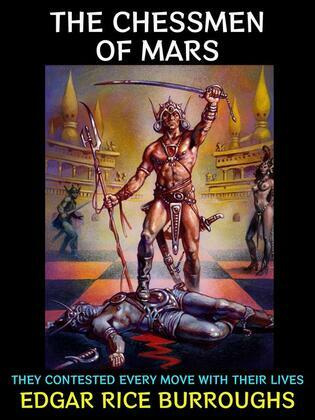 The Chessmen of Mars

The Chessmen of Mars is an Edgar Rice Burroughs science fiction novel, the fifth of his famous Barsoom series, and focuses on Tara, daughter of John Carter and Dejah Thoris, princess of Helium, whose hand is sought by Gahan, prince of Gathol. The courtship is wrought with capture and rescue danger and triumph including survival in the Jetan arena, a popular Barsoomian board game resembling Chess which uses people as the game pieces on a life-sized board, with each taking of a piece being a duel to the death. Edgar Rice Burroughs was an American author, best known for his creation of the jungle hero Tarzan, "Lost worlds" and the heroic Mars adventurer John Carter.