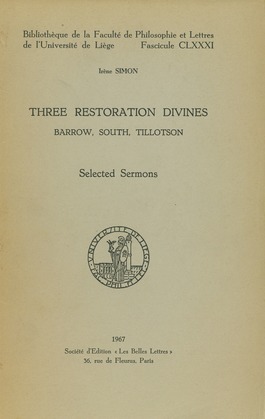 pThough twentieth-century readers may not value Tillotson’s sermons as highly as did the Bishop of Sarum, they will readily grant that he aptly defined the change that had come over pulpit oratory in England in the course of the seventeenth century. That the new style of preaching had come to stay appears from Thomas Birch’s slight alteration to this passage, which he quoted in the Life of the Author prefixed to his folio edition of Tillotson’s sermons in 1752: “He formed therefore [a pattern] to himself, which has been justly considered as the best model for all succeeding ages”./p