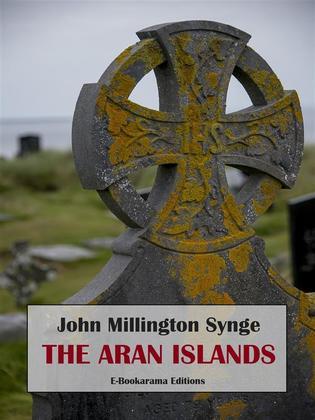 "The Aran Islands" by John Millington Synge was first published in 1907. It is a four part series of essays on the geography and people of  the islands with whom the playwright and author became intimate with over several summers in the late 1890s.

"The Aran Islands" explain how Synge lived among the ordinary Aran islanders, listening to the flow of their everyday conversation, observing their way of life and reveal how they stirred his artistic passions. For Synge and other writers of the "Irish Literary Revival," the ways of the Gaelic Irish appeared more authentic than the wealthy Anglicised elite who lived in Dublin and looked to the British Empire for their identity.

Synge's essays are of great interest today because they describe a way of life that has since disappeared. The Aran islanders lived in acute poverty, dependent on fishing on the stormy Atlantic for their existence. Meanwhile on the mainland, Irish peasants subsisted on a diet largely of potatoes. Remote parts of Ireland remained unchanged by the modern world until well into the 20th century. Artists in the modern era like Synge felt alienated from modern industrialised Western society and looked to the past or to contemporary indigenous cultures and peoples for inspiration.