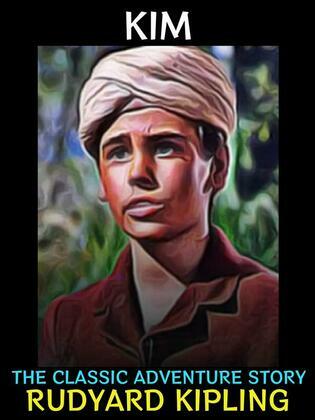 Kim by Rudyard Kipling. Kim is Rudyard Kipling's finest work. Now controversial, this novel is a memorably vivid evocation of the life and landscapes of India in the late nineteenth century. Kim himself is a resourceful lad who befriends a lama, an ageing priest; and both embark on a combined quest. Whereas Kim has an insatiable interest in the varied activities around him, the lama seeks redemption from the ‘Wheel of Life’. Kim becomes involved in the ‘Great Game’, undertaking espionage for the British rulers.This engrossing and moving novel, with its diversity of memorable characters, offers many insights into political, religious and social tensions. In 1998, the Modern Library ranked Kim No. 78 on its list of the 100 best English-language novels of the 20th century.