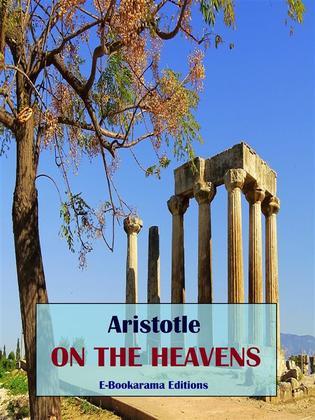 Aristotle´s masterpiece "On the Heavens" is his chief cosmological treatise.