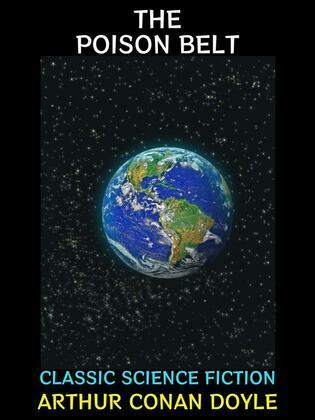 The Poison Belt by Arthur Conan Doyle. The Poison Belt is a 1913 sequel to The Lost World by Arthur Conan Doyle. Professor George Edward Challenger (the cantankerous hero of The Lost World) predicts that the Earth will pass through a belt of "poisonous ether" which will kill all life on the planet. Together with his wife and his companions from his previous adventure, Intrepid Reporter Edward Malone, Gentleman Adventurer Lord John Roxton, and Absentminded Professor (and Challenger's former rival) Professor Summerlee, Challenger holes up in an airtight room of his own design to await, and hopefully survive, the coming apocalypse. Has a Twist Ending!