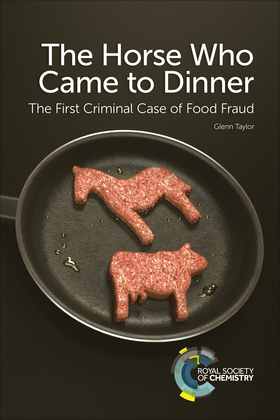 The Horse Who Came to Dinner

Sophisticated science was at the centre of detecting and prosecuting this new crime of food fraud. The ground-breaking case, a first of its kind, needed new sentencing guidelines for judges, new working arrangements for prosecutors and police and an EU-wide agreement on techniques and standards used for prosecution, which were agreed on the hoof in response to a crime detected in over 40 countries.

In 2013 thousands of consumers, retailers and food businesses were ripped-off by insiders - thieves who substituted and sold horse-meat in place of beef. They used a web of deception that involved unwitting suppliers passing off their fraudulent produce to some of Britain’s largest retailers and international food business. Following so-called Horsegate, the enforcement world had to change. There is now a team focussing on food fraud and a desire to put the perpetrators behind bars. Much tougher sanctions have been introduced with the aim of discouraging such crimes.

This book is a timely look at the web of deception and how it can be stopped. Aimed at food enforcement professionals, lay readers with an interest in crime, students studying food fraud, criminology or forensics and anyone who eats food.

Once again, life emulated art, this deception mirrors the story of the thief who came to dinner, gained inside knowledge and stole priceless artefacts from the host. So, who will come to dinner next time?

This is the second book by the author, a scientist sharing his inside knowledge on this food crime.