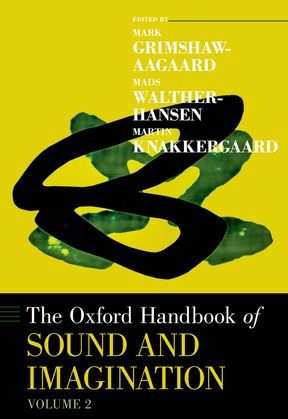 The Oxford Handbook of Sound and Imagination, Volume 2

Whether social, cultural, or individual, the act of imagination always derives from a pre-existing context. For example, we can conjure an alien's scream from previously heard wildlife recordings or mentally rehearse a piece of music while waiting for a train. This process is no less true for the role of imagination in sonic events and artifacts. Many existing works on sonic imagination tend to discuss musical imagination through terms like compositional creativity or performance technique. In this two-volume Handbook, contributors shift the focus of imagination away from the visual by addressing the topic of sonic imagination and expanding the field beyond musical compositional creativity and performance technique into other aural arenas where the imagination holds similar power. Topics covered include auditory imagery and the neurology of sonic imagination; aural hallucination and illusion; use of metaphor in the recording studio; the projection of acoustic imagination in architectural design; and the design of sound artifacts for cinema and computer games.