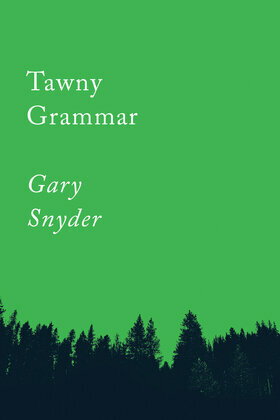 Two beautifully paired essays, "Tawny Grammar" and "Good, Wild, Sacred," serve to offer an autobiographical framework for Gary Snyder's long work as a poet, an environmentalist, and a leader of the Buddhist community in America.


He begins standing outside a community hall in Portland, Oregon, in 1943, and concludes as a homesteader in the backcountry of Northern California more than forty-five years later. Through these beautifully told memories we can see as Snyder's mind confronts the influences and methods that helped him become one of the foundational writers of his generation. A wonderful introduction to Gary Snyder, this will also serve to remind his faithful readers of the thrill of his insights and his commitment to ideals crucial to our future on Turtle Island.


"Thoreau wrote of 'this vast, savage, howling mother of ours, Nature, lying all around, with such beauty, and such affection for her children, as the leopard; and yet we are so early weaned from her breast to society.' Is it possible that a society as a whole might stay on better terms with nature, and not simply by being foragers? Thoreau replies: 'The Spaniards have a good term to express this wild and dusky knowledge, Gramatica parda, tawny grammar, a kind of mother-wit derived from that same leopard to which I have referred.' The grammar not only of language, but of culture and civilization itself, is of the same order as this mossy little forest creek, this desert cobble." —From "Tawny Grammar"


Each palm-size book in the Counterpoints series is meant to stay with you, whether safely in your pocket or long after you turn the last page. From short stories to essays to poems, these little books celebrate our most-beloved writers, whose work encapsulates the spirit of Counterpoint Press: cutting-edge, wide-ranging, and independent.