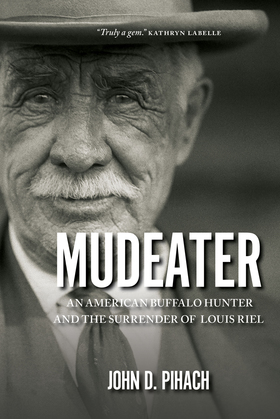 Born the son of a Wyandot Chief in Kansas in 1849, Irvin Mudeater was a celebrated buffalo hunter?killing 126 in just one day?who ran wagon trains to Santa Fe, was caught up in the Civil War, and lived as a plainsman on the lawless frontier.

To escape punishment for an unspecified crime, Mudeater moved to Canada in 1882, adopted the name ?Robert Armstrong,? and portrayed himself as white. Three years later, he played the lead role in bringing the fugitive Métis leader Louis Riel into custody.

John D. Pihach scrutinizes the sensational incidents in Armstrong/Mudeater?s life, grapples with the opposing stories of Riel?s surrender/capture, and, with the inclusion of Armstrong?s unpublished memoir, allows this consummate storyteller to speak in his own voice.