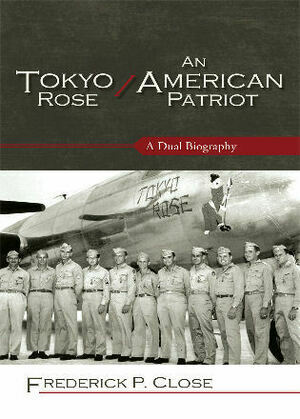 Tokyo Rose / An American Patriot explores the parallel lives of World War II legend Tokyo Rose and a Japanese American woman named Iva Toguri. Trapped in Tokyo during the war and forced to broadcast on Japanese radio, Toguri steadfastly refused to renounce her U.S. citizenship and surreptitiously aided Allied POWs. Despite these patriotic actions, she foolishly identified herself to the press after the war as Tokyo Rose. This book assembles a collection of images from American pre-war popular culture that provided impetus for the legend of Tokyo Rose and analyzes the wartime situation of servicemen, which caused their imaginations to create the mythical femme fatale even though no Japanese announcer ever used the name Tokyo Rose.