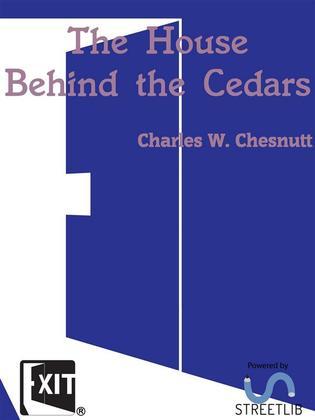 The House Behind the Cedars

by Charles W. Chesnutt (Author)
Buy for €0.99 Excerpt
Nonfiction Literary collections
warning_amber
One or more licenses for this book have been acquired by your organisation details

A STRANGER FROM SOUTH CAROLINA

Time touches all things with destroying hand; and if he seem now and then to bestow the bloom of youth, the sap of spring, it is but a brief mockery, to be surely and swiftly followed by the wrinkles of old age, the dry leaves and bare branches of winter. And yet there are places where Time seems to linger lovingly long after youth has departed, and to which he seems loath to bring the evil day. Who has not known some even-tempered old man or woman who seemed to have drunk of the fountain of youth? Who has not seen somewhere an old town that, having long since ceased to grow, yet held its own without perceptible decline?

Some such trite reflection—as apposite to the subject as most random reflections are—passed through the mind of a young man who came out of the front door of the Patesville Hotel about nine o'clock one fine morning in spring, a few years after the Civil War, and started down Front Street toward the market-house. Arriving at the town late the previous evening, he had been driven up from the steamboat in a carriage, from which he had been able to distinguish only the shadowy outlines of the houses along the street; so that this morning walk was his first opportunity to see the town by daylight. He was dressed in a suit of linen duck—the day was warm—a panama straw hat, and patent leather shoes. In appearance he was tall, dark, with straight, black, lustrous hair, and very clean-cut, high-bred features. When he paused by the clerk's desk on his way out, to light his cigar, the day clerk, who had just come on duty, glanced at the register and read the last entry:—