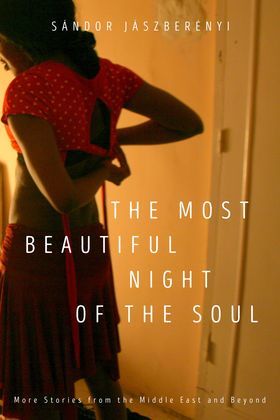 The Most Beautiful Night of the Soul

Set mostly in contemporary Cairo and Iraq, as well as Israel, London, and Hungary, these twelve short stories are a staggering follow-up to those in the acclaimed collection The Devil Is a Black Dog by leading Hungarian writer/photojournalist Sándor Jászberényi. Told from the perspective of Cairo-based European war correspondent Daniel Marosh, The Most Beautiful Night of the Soul is, above all, about a journalist examining some of today’s most pressing Middle East conflicts and the lives of others even while forced to question his own assumptions and haunted by his own demons.

A unique, insider’s view of the days, and disquieting nights, of one Middle East war correspondent who seeks the truth even while battling his own demons.

Resonates with the work of Tim O’Brien, Kevin Powers, Ernest Hemingway, and Graham Greene—when journalism and an insider's view becomes literature in capital letters The author's own personal story?his unresolved relationships with his own father and with the mother of his child?provides a compelling emotional backdrop. Spare, gritty, Hemingwayesque prose.