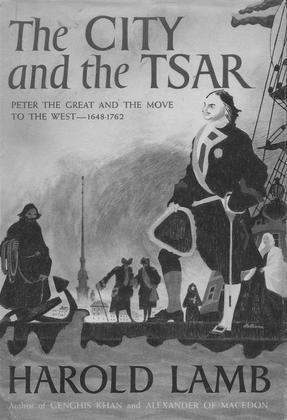 The City and the Tsar: Peter the Great and the Move to the West

Here is Russian history focussed on when her ruler, Peter the Great, turned West. The main body of the text highlights the great "new Russia" formed in the years 1648-1772. The scene shifts from Moscow in its heyday, to St. Petersburg. Peter was treated as a barbarian when he visited Western potentates, and made up his mind to show his might. He built a vast fleet; he trained a vast army; he was the aggressor in an endless succession of foreign wars; he extended Russia's boundaries to the West. Here is Russia's history, and Peter's story too - the story of a man great in his age, whose stamp was put on his country for all time.