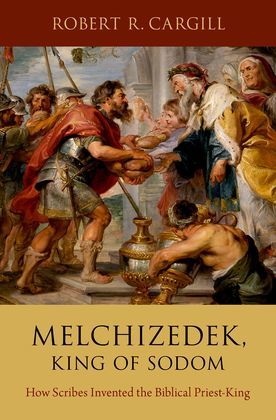 The biblical figure Melchizedek appears just twice in the Hebrew Bible, and once more in the Christian New Testament. Cited as both the king of Shalem-understood by most scholars to be Jerusalem-and as an eternal priest without ancestry, Melchizedek's appearances become textual justification for tithing to the Levitical priests in Jerusalem and for the priesthood of Jesus Christ himself. But what if the text was manipulated?

Robert R. Cargill explores the Hebrew and Greek texts concerning Melchizedek's encounter with Abraham in Genesis as a basis to unravel the biblical mystery of this character's origins. The textual evidence that Cargill presents shows that Melchizedek was originally known as the king of Sodom and that the later traditions about Sodom forced biblical scribes to invent a new location, Shalem, for Melchizedek's priesthood and reign. Cargill also identifies minor, strategic changes to the Hebrew Bible and the Samaritan Pentateuch that demonstrate an evolving, polemical, sectarian discourse between Jews and Samaritans competing for the superiority of their respective temples and holy mountains. The resulting literary evidence was used as the ideological motivation for identifying Shalem with Jerusalem in the Second Temple Jewish tradition.

A brief study with far-reaching implications, Melchizedek, King of Sodom reopens discussion of not only this unusual character, but also the origins of both the priesthood of Christ and the role of early Israelite priest-kings.