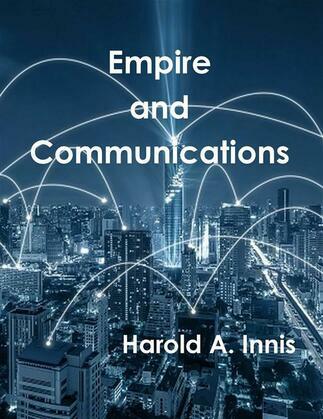 Empire and Communications is Innis's important contribution to the debate about how media influenced the development of consciousness and societies. In this foundational work, he traced humanity's movement from the oral tradition of pre-literate cultures to the written word to electronic media of recent times. Along the way, he presented a sweeping historical survey of how communications media influence the rise and fall of empires. He traced the effects of media such as stone, papyrus, parchment and paper from ancient to modern times, including the effects of the printing press today. All communication scholars and anyone interested in communication should have this classic book on their shelves.