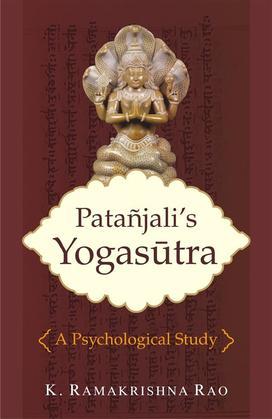 Yoga paradigm goes well beyond what is currently in vogue and provides a more fruitful model for studying and understanding human nature, both hidden and manifest. This volume thus provides the psychological context and the relevance of studies of yoga for advancing the existing psychological knowledge. Yoga psychology provides the foundation for Indian psychology, an emerging discipline, rooted in classical Indian tradition.

According to Indian psychology, the person is a unique composite of body, mind and consciousness, making a qualitative distinction between mind and consciousness. Self-actualization, the ultimate aim of a person, is realized by cultivating consciousness as-such, resulting in a kind of psycho-spiritual symbiosis, enabling a person to experience an all-around transformation.

Professor Koneru Ramakrishna Rao is currently Chancellor of GITAM (deemed to be) University. He has the rare distinction of being National Fellow of the Indian Council of Social Sciences Research and the Indian Council of Philosophical Research, and Distinguished Honorary Professor at Andhra University. His earlier academic appointments include Professor of Psychology and Vice-Chancellor at Andhra University; Executive Director, Foundation for Research on the Nature of Man, USA; Chairman, A.P. State Council of Higher Education, and Advisor on Education, Government of Andhra Pradesh. He published 25 plus books and nearly 300 research papers.

Prof. Rao received numerous honours that include the national award Padma Shri from the President of India and Honorary Doctoral degrees from Andhra, Acharya Nagarjuna and Kakatiya universities. He was elected as the President of the US-based Parapsychological Association three times, the only Asian to be so honoured.