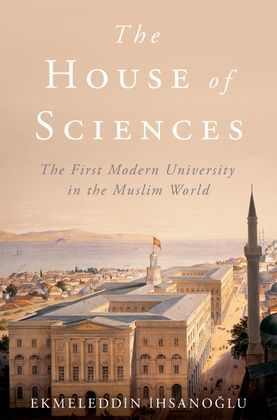 The House of Sciences

Following a string of military defeats at the end of the eighteenth century, Ottoman leaders realized that their classical traditions and institutions could not compete with Russia and the European states' technological and economic superiority.One of a series of nineteenth-century reform initiatives was the creation of a European-style university called darülfünun. From the Arabic words dar, meaning "house," and fünun, meaning "sciences," the darülfünun would incorporate the western sciences into deeply entrenched academic traditions and institutions in an effort to bridge the gap with Europe. The completely new institution, distinct from the existing pre-modern medreses, was modeled after the French educational system and created an infrastructure for national universities in Turkey and some of the Arab-speaking provinces. It also influenced the establishment of universities in Iran and Afghanistan.

Ekmeleddin Ihsanoglu's study sheds new light on an important and pioneering experiment in East-West relations, tracking the multifaceted transformation at work in Istanbul during the transition from classical to modern modes of scientific education. Out of this intellectual ferment, a new Ottoman Turkish scientific language developed, the terminology of which served as a convenient vehicle for expressing and teaching modern science throughout the Empire.