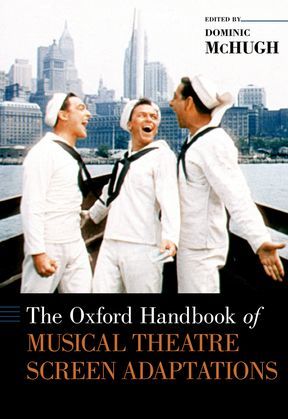 Hollywood's conversion to sound in the 1920s created an early peak in the film musical, following the immense success of The Jazz Singer. The opportunity to synchronize moving pictures with a soundtrack suited the musical in particular, since the heightened experience of song and dance drew attention to the novelty of the technological development. Until the near-collapse of the genre in the 1960s, the film musical enjoyed around thirty years of development, as landmarks such as The Wizard of Oz, Meet Me in St Louis, Singin' in the Rain, and Gigi showed the exciting possibilities of putting musicals on the silver screen. The Oxford Handbook of Musical Theatre Screen Adaptations traces how the genre of the stage-to-screen musical has evolved, starting with screen adaptations of operettas such as The Desert Song and Rio Rita, and looks at how the Hollywood studios in the 1930s exploited the publication of sheet music as part of their income. Numerous chapters examine specific screen adaptations in depth, including not only favorites such as Annie and Kiss Me, Kate but also some of the lesser-known titles like Li'l Abner and Roberta and problematic adaptations such as Carousel and Paint Your Wagon. Together, the chapters incite lively debates about the process of adapting Broadway for the big screen and provide models for future studies.