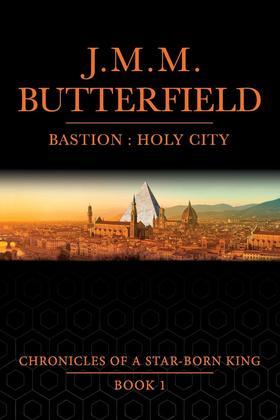 The opulent city of Bastion lies crescent-like before the Bay of Pennants. It rises from the shore, tall towers and cathedral spires dominating its skyline, at its heart an ancient pyramid thousands of yeard old.

Tarsin Va, swordsman and mercenary, returns to find the city and its people at war. Summoned to Irongate, his services are called upon, for the king, Arkos Vantos, is in mortal danger. It has been written that if the king should die, the kingdom of Dervae will fall.

Only the enemies of Arkos Vantos are many and varied, and what Tarsin first thought to be a rescue mission soon morphs into something out of nightmare. As evil threatens to destroy the Holy City and talk of ancient gods and dark secrets awaken, fear takes hold.

But Tarsin, sword in hand, has secrets of his own.

And vows to fight back.