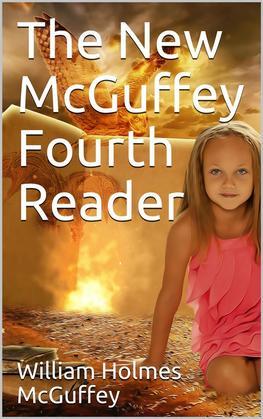 It is now nearly three quarters of a century since the appearance of the first edition of McGuffey's Readers, compiled by Dr. William H. McGuffey. Revisions have since been made from time to time as the advancement in educational theories and the changes in methods of teaching seemed to demand. No other school text- books have retained the popular favor so long or have exerted so general and so wholesome an influence as has this series of Readers.

In preparing the present revision the aim of thie compiler has been to introduce such new matter and methods as the experience and judgment of the best teachers have found most commendable and desirable. He has at the same time endeavored to preserve those essential features which have always distinguished the McGuffey Readers and have so largely contributed to their success. While the majority of the selections are new to the series, care has been taken to maintain the same high literary and ethical standard that has hitherto so distinctly characterized these books. Lessons inculcating kindness, courage, obedience, industry, thrift, true manliness, patriotism, and other duties and obligations form no small portion of the contents. Selections from the masterpieces of English literature include both the older classical productions, without which no school can be complete, and also choice extracts from many of the latest and most popular writers.

The Elocutionary Introduction, by Professor F. Townsend Southwick, presents in brief scope the most important rules for oral reading and those principles of the art that are most necessary for the pupils to master. The teacher should, at the very onset, become thoroughly familiar with the subjects here presented, and the pupils should be referred to this discussion of elocutionary principles as often as occasion may require.

The more difficult words are defined, and their pronunciation is indicated by diacritical marks. The object of this is to aid the pupil in the ready preparation of the reading lesson, and not to supply merely an exercise in the study of words. Short explanatory notes are given wherever required for a full understanding of the text. It is assumed, however, that the pupils have already a general knowledge of most of the subjects alluded to, or that they have ready access to the more common books of reference, and therefore only occasional notes of this character are necessary.

An alphabetical list of the authors of the various selections, together with the brief biographical and critical notes, is given as an appendix to the volume.

Young Benjamin Franklin, by Nathaniel Hawthorne -- A Hard Word -- A Song, by James Whitcomb Riley -- The Journey of Life. An Allegory -- What I live for -- Try Again!, by Charlotte Elizabeth -- True Manliness -- The Miller of the Dee, by Charles