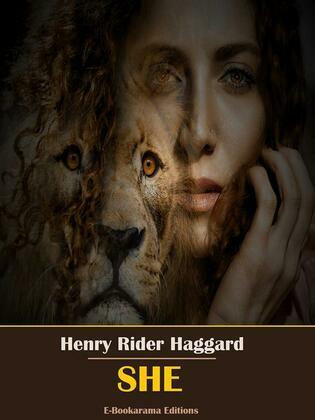 "She" by Henry Rider Haggard is one of the first and probably the most famous of the ‘lost world’ novels. Henry Rider Haggard published it in serial form in 1886-87 and with minimal revisions as a novel in 1887. It was incredibly popular and is still one of the best-selling books of all time, having sold over a hundred million copies.

"She" is one of the most spellbinding adventure stories ever written. From the moment the reader begins Horace Holly's bizarre account of his adventures, the action never stops. "King Solomon's Mines" revealed Haggard's genius as an adventure writer, but in many ways "She" far surpasses its predecessor.

A Victorian professor and his adopted son travel to Africa in search of a lost civilisation. Finding it ruled by a near-immortal woman of extraordinary beauty, power and cruelty, they are helpless to resist her plans to marry the son and rule the British Empire.