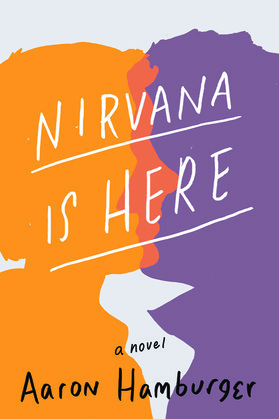 Have you ever searched for your high school crush online? Two decades after they first met, Medieval Historian Ari Silverman is reconnecting with his high school obsession Justin Jackson, now happily married to a woman and the first African-American CEO of a successful dating website. While preparing to see Justin again, Ari recalls his relationship with Justin in the segregated suburbs of Detroit during the early 1990s and the secrets they still share. At the same time, he's also grappling with the fate of his ex-husband, a colleague accused of sexually harassing a student. Ultimately the two stories converge, and Ari comes to a fateful decision about his past and present, his life and his inner character.

Framed by the meteoric rise and fall of the band Nirvana and the #metoo movement, Nirvana is Here touches on issues of identity, race, sex, and family with both poignancy and unexpected humor, with the sensuality and haunting nostalgia of Andre Aciman’s Call Me By Your Name with the raw emotion of Kurt Cobain's songwriting.