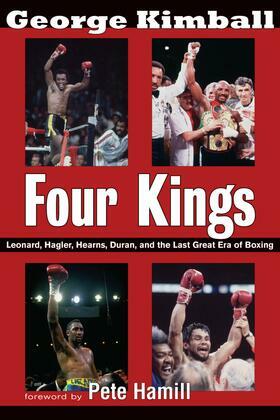 Roberto Duran, Marvelous Marvin Hagler, Sugar Ray Leonard, and Thomas "Hit Man" Hearns all formed the pantheon of boxing greats during the late 1970s and early 1980s—before the pay-per-view model, when prize fights were telecast on network television and still captured the nation's attention. Championship bouts during this era were replete with revenge and fury, often pitting one of these storied fighters against another. From training camps to locker rooms, author George Kimball was there to cover every body shot, uppercut, and TKO. Inside stories full of drama, sacrifice, fear, and pain make up this treasury of boxing tales brought to life by one of the sport's greatest writers.