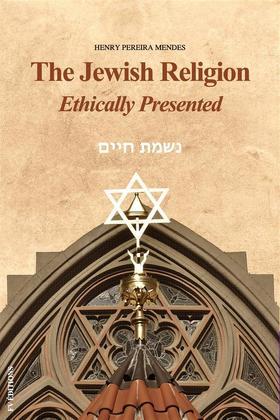 "The object of this book is character-building. Nothing can build character more nobly than the Jewish religion. But its ethical aspect must be presented and studied if this, its real purpose, is to be successfully effected. I have in this little work merely attempted to indicate how every enactment and every ceremony of our beloved religion is designed to develop our better or spiritual nature, or as I have already expressed it, to build character." H.P.M

Henry Pereira Mendes was an American rabbi.In 1874, he became Minister of the newly formed Sephardic congregation in Manchester, England. In 1877, he was called to the Congregation Shearith Israel of New York where he served for 60 years until his death in 1937. In addition, to synagogue duties, Rev. Mendes served as professor of homiletics at Yeshiva Isaac Elchanan from 1917 to 1920.