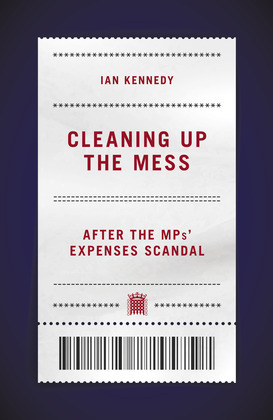 Cleaning Up the Mess

Ten years ago the MPs’ expenses scandal gripped the nation, with story after story showing our elected representatives taking advantage of us, making claims for such things as a floating duck-house, moat-cleaning services and 550 sacks of horse manure.

There followed a genuine crisis of confidence in our governing class. In desperation, MPs set up an independent regulator – the Independent Parliamentary Standards Authority (IPSA). No sooner had they done so than it came under fire: from the newspapers for not doing what they wanted, and from MPs for doing what they’d voted for but didn’t really intend.

Author Ian Kennedy was the chair of IPSA for its first seven years. Here, he describes in detail how the greatest political horror story for decades was finally laid to rest.

Along the way, Kennedy was shouted at by MPs, threatened by government ministers, repeatedly grilled by committees and abused in the corridors of Westminster, with social media in overdrive and the media piling in for good measure. Cleaning Up the Mess describe the bullying, the bitterness and the occasional kindnesses he experienced. But above all it shows how a thick skin, courage and a belief that IPSA was doing the right thing kept the show on the road.