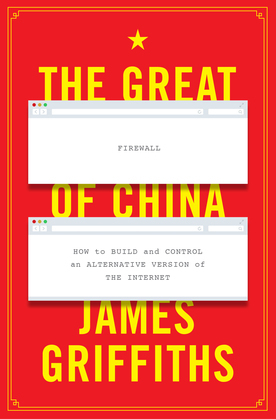 The Great Firewall of China

A fascinating exposé of the world’s biggest and most sophisticated system of internet censorship.
A completely unique angle on the unfolding internet freedom story – in this case the censoring power house is a nation rather than multinational corporation.
Features unprecedented access and information on:
- Highly restricted piece of internet infrastructure (F-Root server)
- Leaked government documents (US state department cables, Chinese censorship directives, Green Dam Youth Escort software documentation)
Features interviews with dissidents who were unable to reveal their identity for fear of retribution as well as one of China's original internet dissidents, Li Hongkuan
Author is a lead CNN reporter and producer with extensive experience reporting from China and across Asia.
Links China’s ‘war on the internet’ to fake news, post-truth, official distortion and the complicity of giants such as Facebook and Google.
Exposes how the Great Firewall of China is affecting internet freedom across Asia, Europe, Australia and the US, as regimes in Russia and elsewhere begin to imitate it.