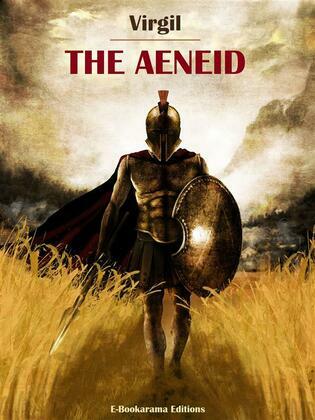 "The Aeneid" is an epic poem written by the Roman poet Virgil between 29 and 19 BCE. Virgil composed this epic for his patron, Augustus Caesar, the first Emperor of Rome. Augustus wanted the Romans to have an epic of their own, a story that would be to Rome what the "Iliad" and "Odyssey" were to Greece. He wanted to give the Romans a glorious and ancient history full of Roman virtue and foreshadowing Rome's future glory.

In "the Aeneid", Virgil tells the story of Aeneas, a Trojan hero from Homer's "Iliad". Aeneas is the son of the goddess Venus and the distant ancestor of Augustus's family, the Julians. Virgil's tale recounts Aeneas' quest to establish a new city for the Trojan people. From the beginning, we learn that Aeneas is destined to settle in Italy and give rise to the mighty Roman Empire, to whom all nations and people look in awe and wonder.

This is the will of Jupiter, king of the gods, and it is immutable. Though men or gods might struggle against this fate, they can only delay the inevitable. Thus, from the beginning, Virgil establishes Augustus's family as the founders of Rome. It is Aeneas' destiny to leave behind the rubble of the old and lead his people to a new and glorious future.