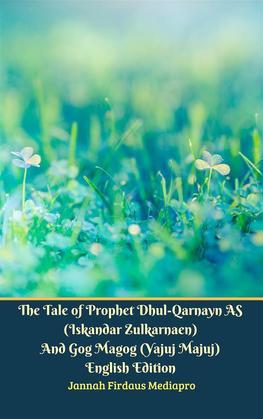 The Tale of Prophet Dhul-Qarnayn AS (Iskandar Zulkarnaen) And Gog Magog (Yajuj Majuj) English Edition Based From The Holy Quran And Al-Hadith.

Prophet Dhul-Qarnayn AS or Iskandar Zulkarnaen ("he of the two horns" (or “he of the two ages”), appears in Surah 18 verses 83-101 of The Holy Quran one who travels to east and west and erects a wall between mankind and Gog and Magog (Ya'juj and Ma'juj).

Elsewhere The Holy Quran tells how the end of the world would be signaled by the release of Gog and Magog from behind the wall, and their destruction by Allah SWT (God) in a single night would usher in the Day of Resurrection (Yawm al-Qiyamah). Similarities between The Holy Quran and the Syriac Alexander Legend were also identified in recent research.