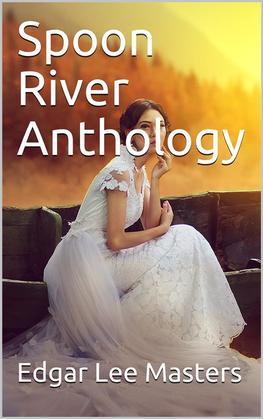 Spoon River Anthology (1915), by Edgar Lee Masters, is a collection of short free verse poems that collectively narrates the epitaphs of the residents of Spoon River, a fictional small town named after the real Spoon River that ran near Masters' home town of Lewistown, Illinois. The aim of the poems is to demystify rural and small town American life. The collection includes 212 separate characters, in all providing 244 accounts of their lives, losses, and manner of death. Many of the poems contain cross-references that create an unabashed tapestry of the community. The poems were originally published in the St. Louis, Missouri literary journal Reedy's Mirror.

The first poem serves as an introduction.

Each following poem is an autobiographical epitaph of a dead citizen, delivered by the dead themselves. Characters include Tom Merritt, Amos Sibley, Carl Hamblin, Fiddler Jones and A.D. Blood. They speak about the sorts of things one might expect: some recite their histories and turning points, others make observations of life from the outside, and petty ones complain of the treatment of their graves, while few tell how they really died. The subject of afterlife receives only the occasional brief mention, and even those seem to be contradictory. Speaking without reason to lie or fear the consequences, they construct a picture of life in their town that is shorn of façades. The interplay of various villagers — e.g. a bright and successful man crediting his parents for all he's accomplished, and an old woman weeping because he is secretly her illegitimate child — forms a gripping, if not pretty, whole.