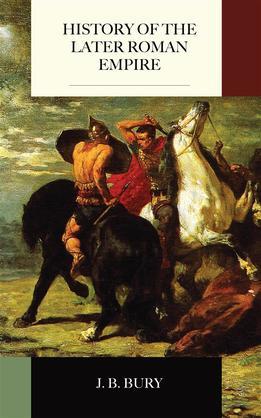 History of the Later Roman Empire

In 410 A. D., King Alaric and the Visigoths besieged and sacked Rome.

“The eternal city”, which had been the centre of one of greatest empires ever to have existed, had been taken by Rome’s enemies and her wealth plundered.

But although Rome had fallen, this was not the end of the Roman Empire.

Instead the Empire, which had already moved its focus away from the Western Mediterranean towards the East, continue to thrive.

J. B. Bury, the eminent classical scholar of the twentieth century, explains how from the death of Theodosius I, in 395 A. D., to the death of Justinian, in 565 A. D., the later Roman Empire continued to flourish and develop.

This fascinating work explains the political, social, cultural and economic underpinnings of the Roman Empire in the fifth and sixth centuries.

As Rome was no longer the focus of the Empire, Constantinople rose to the fore. Bury provides an engrossing depiction of the new capital where iconic buildings such as the Hagia Sophia were being constructed.

Bury provides details on how this later Roman Empire differed from that which centred on Rome, not only internally, but also in terms of the powers that surrounded it and threatened its borders.