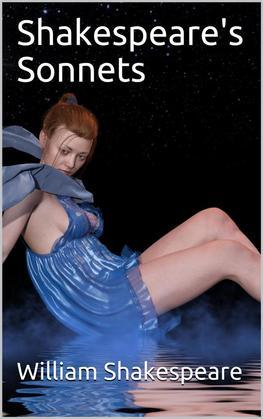 Shakespeare's sonnets are poems that William Shakespeare wrote on a variety of themes. When discussing or referring to Shakespeare’s sonnets, it is almost always a reference to the 154 sonnets that were first published all together in a quarto in 1609; however there are six additional sonnets that Shakespeare wrote and included in the plays Romeo and Juliet, Henry V and Love's Labour's Lost.

Shakespeare’s sonnets are considered a continuation of the sonnet tradition that swept through the Renaissance, from Petrarch in 14th-century Italy and was finally introduced in 16th-century England by Thomas Wyatt. With few exceptions, Shakespeare’s sonnets observe the stylistic form of the English sonnet — the rhyme scheme, the 14 lines, and the meter. But Shakespeare’s sonnets introduce such significant departures of content that they seem to be rebelling against well-worn 200-year-old traditions.

Instead of expressing worshipful love for an almost goddess-like yet unobtainable female love-object, as Petrarch, Dante, and Philip Sidney had done, Shakespeare introduces a young man. He also introduces the Dark Lady, who is no goddess. Shakespeare explores themes such as lust, homoeroticism, misogyny, infidelity, and acrimony in ways that may challenge, but which also open new terrain for the sonnet form.

The sonnets are almost all constructed of three quatrains (four-line stanzas) followed by a final couplet. The sonnets are composed in iambic pentameter, the meter used in Shakespeare's plays.

The rhyme scheme is ABAB CDCD EFEF GG. Sonnets using this scheme are known as Shakespearean sonnets, or English sonnets, or Elizabethan sonnets. Often, at the beginning of the third quatrain occurs the volta ("turn"), where of the poem shifts, and the poet expresses a turn of thought.